In his book Thinking, Fast and Slow, Daniel Kahneman defines intense regret as “what you experience when you can most easily imagine yourself doing something other than what you did.”  We’ve all experienced regret at some point in our lives but fear of intense regret can be paralyzing and detrimental to not only ourselves but also to society as a whole.

Fear of intense regret plays a major role in maintaining the status quo even when it makes sense to do otherwise.  A person may have a terrific idea for a new business but quitting a well-paying job with benefits is a tough thing to do knowing there is a considerable risk in pursuing the entrepreneurial venture.  It’s not the monetary consequences that concern a person so much as the intense regret they may feel looking back if things don’t work out.  They can easily image themselves continuing in their old job and doing well.

As Kahneman points out, it is not just the regret but also the blame that is invoked by comparison to the norm that impedes risk taking and progress.  When somebody does something away from the norm, it is easier to place blame on them for the consequences.  Taking chances, whether it be with investment decisions or career paths can be quite rewarding.  But, the farther these choices are from the accepted norm, the more a person needs to brace themselves for intense criticism if things don’t work out.  This even works itself into everyday decision-making as people often choose name brand products with the comfort of knowing that many others are making similar choices and a bad outcome is less likely to involve intense regret.

How can all of this be so bad as to be detrimental to society as a whole?  When society is reluctant to take risks for fear of intense regret, we miss opportunities to make incredible breakthroughs.  Our founding fathers took an incredible risk declaring independence from England much to the chagrin of many loyalists who felt maintaining the status quo was the prudent and intelligent thing to do.

Basic research in this country has evolved tremendously in the last 30 years and not all of it is for the better.  Competition for funding is more intense than ever and awards are made as much or more with the probability of success in mind rather than the impact of success should it occur.  Criticism is intense when large dollar amounts are poured into what is later termed a far-fetched idea.  This is code for ideas away from the norm that don’t work out.  It’s a lot easier for researchers to earn a living employing tried and true methodologies on research topics that fit into the normal range of doing things than it is to stake their reputation on trying something different.

This holds true in the medical profession, too.  As Kahneman points out, a physician faced with the decision of whether or not to prescribe an unconventional treatment must weigh the odds of success against the intense regret and blame that is sure to follow if the treatment is a failure.  Conventional treatment may not be in the best interest of the patient but it is easier to defend if things go wrong.

Answering these four questions honestly and with consequential analysis has persuaded Dr. Carson and his patients to undertake many high risk surgeries that other surgeons were unwilling or unable to attempt.  Some of these surgeries failed but many were miraculously successful.  In most cases, conventional treatment offered little hope for the patient yet represented a safe choice for the physician because of its adherence to the norm.  A willingness to take the risk and a lack of fear for the feeling of intense regret was needed to produce the incredible breakthroughs the patients so desperately needed.

Feelings of regret are real and influential on decisions made every day in society.  Feelings of intense regret are, as much as anything, a product of society itself.  Actions that increase fear of intense regret, for the most part, impede progress and decrease the frequency of incredible breakthroughs.  Runaway criticism offered in hindsight by the media toward those that have dared to be great and failed should be patronized with these thoughts in mind.  Sometimes normal isn’t good when it comes to needing someone with the courage to take the risk. 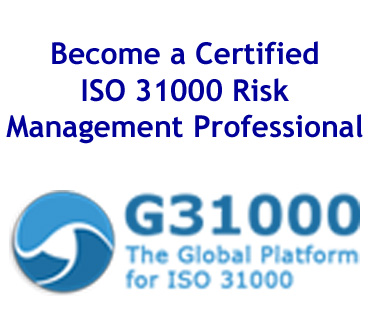